This was originally posted October, 2015

It was raining in Paris, so we left. 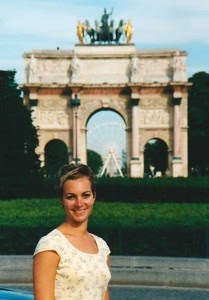 We headed south for the coast of France and rented a couple motorcycles.  We explored Cannes, I had one of the best meals of my life in Nice. It was there I discovered Gnocchi, with my dad on his birthday.

We wound our way along the coast, through the small coastal towns of Southern France. Every time we rode around another point to see the next inlet of blue ocean and a steep coastline dotted with bright houses it took my breath away.

I had learned how to ride a motorcycle earlier that year dirt biking in the Rocky Mountains of Colorado. I borrowed my friend Mike’s time-worn Honda to practice before leaving.

Italian’s drive a little more aggressively than drivers in the US. Similarly, my dad drives more aggressively than your average driver anywhere in the world except maybe Jeff Gordon. I did my best to keep up, but somewhere near San Remo we were passing a car on this winding coastal road as two motorcycles came at us in the oncoming lane. I was still on the center line and those two remained side-by-side. I think my bike had 125cc’s, so there wasn’t much power to get in front of the car I was passing. No room on the road! Dad had safely passed already. I avoided a head on collision bumping into the car I was passing. My foot hit the car’s front tire, I wobbled a little before regaining control.

I was a little shaky pulling into San Remo a short time later. We may have gone a little slower after that. So there you have the story of one of my near death experiences. Next time, I’ll let dad go on ahead.

One morning, we were sitting outside eating breakfast and we heard this strange buzzing sound. It was like thousands of bees nearby. We listened for a few minutes before realizing it was the sound of Formula One engines racing through the streets of Monte Carlo. We had passed through Monaco the day before and saw the race course being set up. But today the drivers were practicing on the course. Perfect! We returned to Monte Carlo and found seats on the last turn before these cars floored it through the iconic tunnel. It was loud. The drivers cut this corner so close each time that the banner hung there was torn to shreds by the first afternoon.

A perfect day finished with some Limoncello. Que Magnifico!

California-based photographer and designer, working to cultivate beauty View all posts by Becky